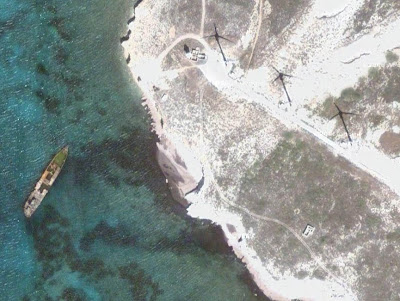 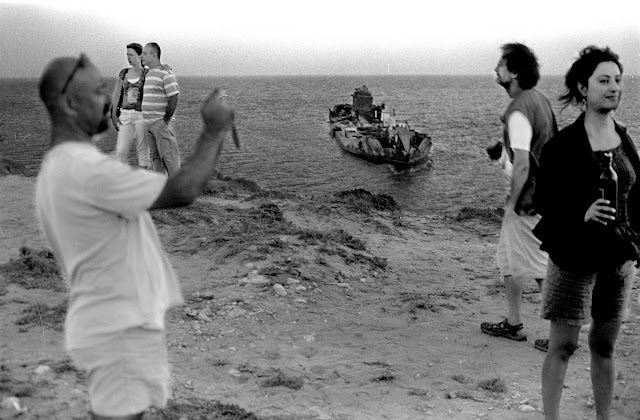 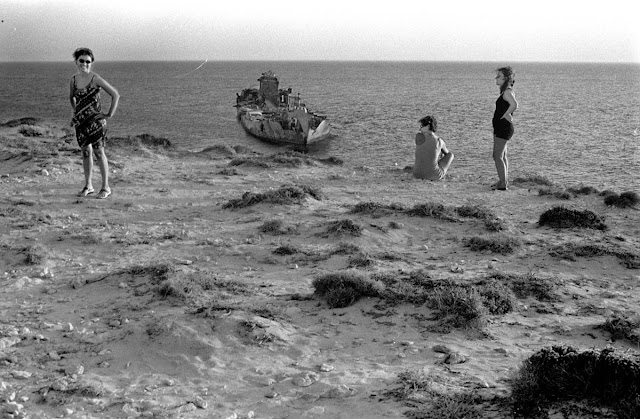 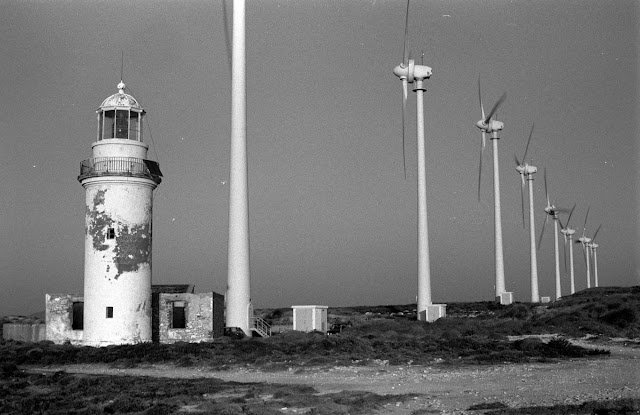 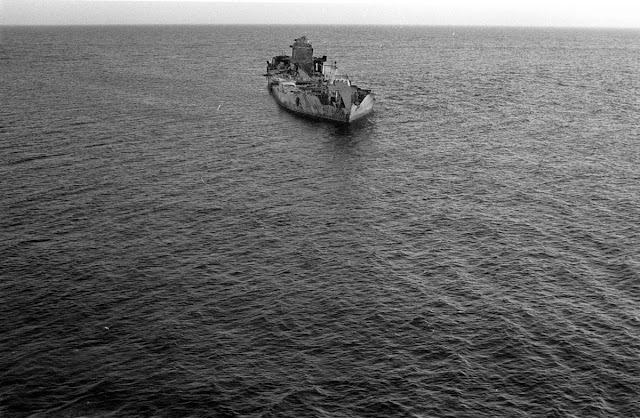 All these pictures are from the Turkish island Bozcaada/Tenedos. They are from the west part of the island to the side of the Turkish-Greek borders. You can see from the google-earth map the exact location of the place on the map. In the sun-set many people are visiting this place to enjoy the sunset. The whole landscape is interesting: the sunken ship, the ruined light-house and the electrical wind-mill generators.
No comments: Σύνδεσμοι σε αυτήν την ανάρτηση 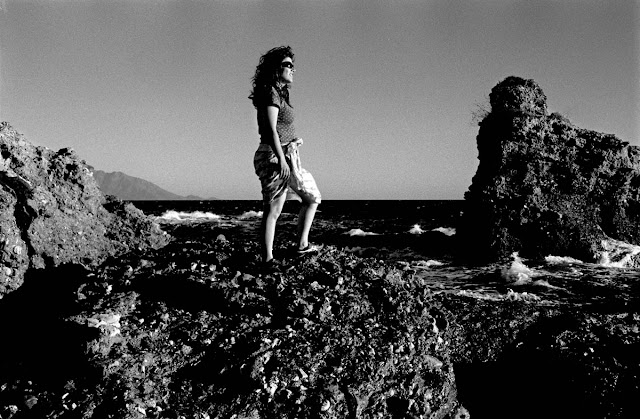 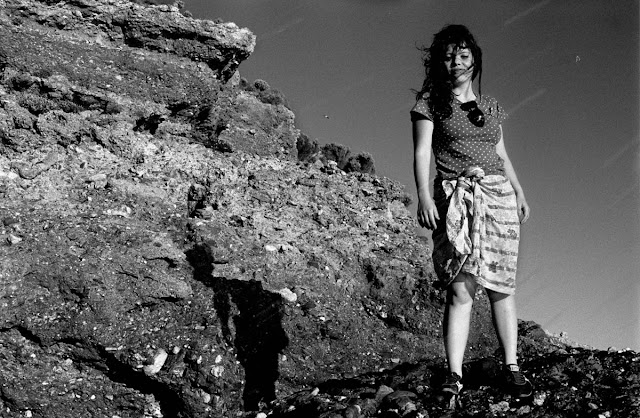 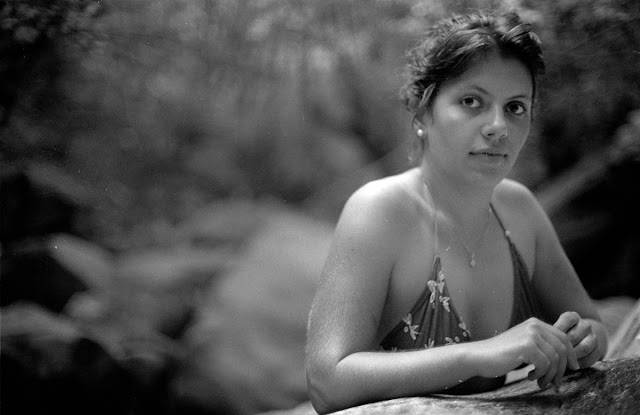 The photograph of Dina in the first 2 pictures is from the beach of Marmaritsa in Rodopi (this beach is one of the best beaches in Rodopi). In the first picture in the background we can note the island of Samothrace. The last picture is from the climbing path "Chionorema" inside the mountains of Rodopi. 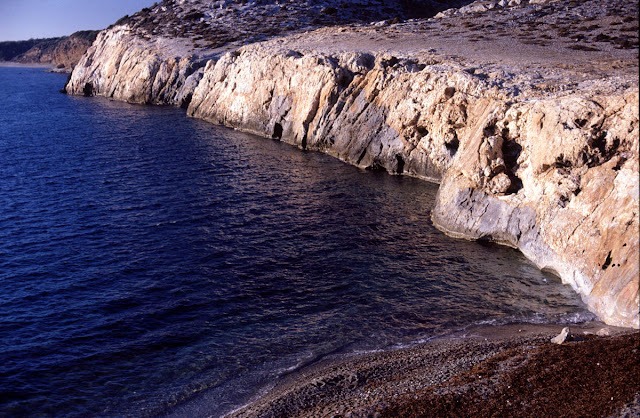 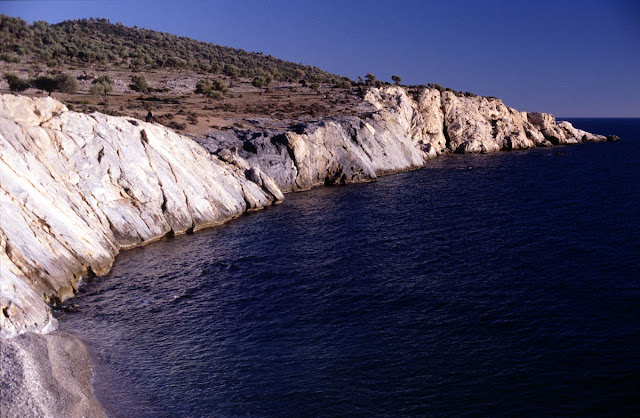 Some of the previous photographs are from the beach of Marmaritsa. Here I publish two colour photos of Marmaritsa beach. This beach is ideal for free camping!
3 comments: Σύνδεσμοι σε αυτήν την ανάρτηση 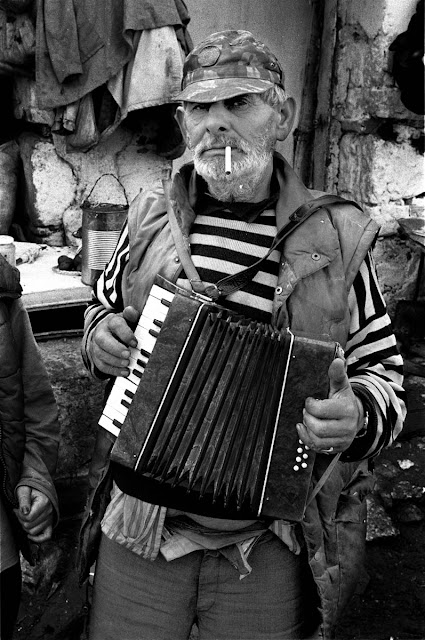 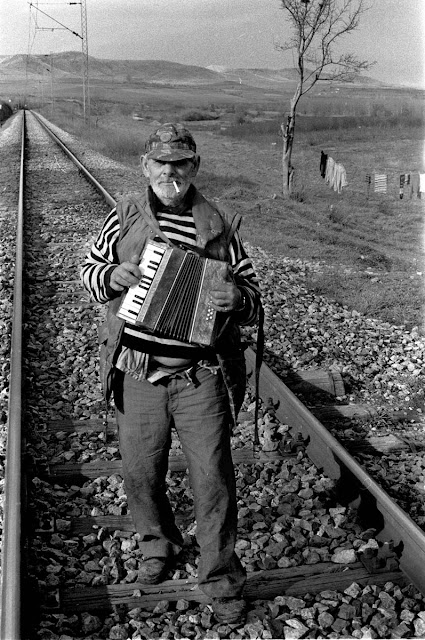 This photo is taken on Januray 2003 when I was traveling from Skopje to the Greek/FYRO-Macedonian borders.
No comments: Σύνδεσμοι σε αυτήν την ανάρτηση 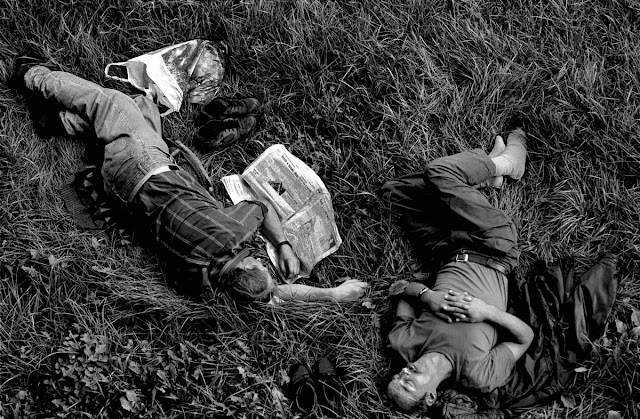 This photograph is taken at the river bank of the river Vistula in Poland. Generally speaking, if you are planning to travel in Poland I suggest visiting the cities: Krakow (south) and Gdansk (north).
No comments: Σύνδεσμοι σε αυτήν την ανάρτηση


FACE2FACE: An interesting photographic project by French photographer JR and African Marco. The following text is from the project web site:

When we met in 2005, we decided to go together in the Middle-East to figure out why Palestinians and Israelis couldn't find a way to get along together. We then traveled across the Israeli and Palestinian cities without speaking much. Just looking to this world with amazement. This holly place for Judaism, Christianity and Islam. This tiny area where you can see mountains, sea, deserts and lakes, love and hate, hope and despair embedded together.

After a week, we had a conclusion with the same words: these people look the same; they speak almost the same language, like twin brothers raised in different families. A religious covered woman has her twin sister on the other side. A farmer, a taxi driver, a teacher, has his twin brother in front of him. And he his endlessly fighting with him. It's obvious, but they don't see that. We must put them face to face. They will realize. We want that, at last, everyone laughs and thinks when he sees the portrait of the other and his own portrait. 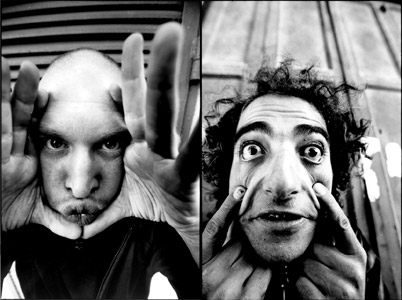 The Face2Face project is to make portraits of Palestinians and Israelis doing the same job and to post them face to face, in huge formats, in unavoidable places, on the Israeli and the Palestinian sides. 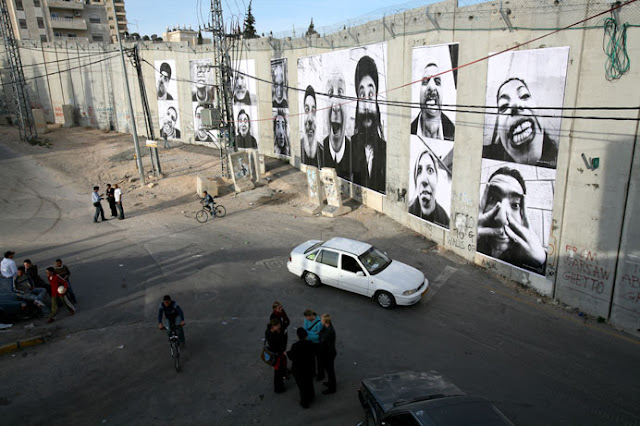 In a very sensitive context, we need to be clear. We are in favor of a solution for which two countries, Israel and Palestine would live peacefully within safe and internationally recognized borders. 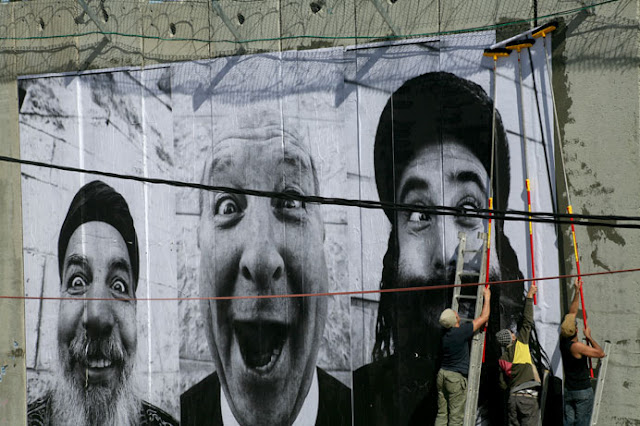 All the bilateral peace projects (Clinton/Taba, Ayalon/Nussibeh, Geneva Accords) are converging in the same direction. We can be optimistic. We hope that this project will contribute to a better understanding between Israelis and Palestinians.
No comments: Σύνδεσμοι σε αυτήν την ανάρτηση 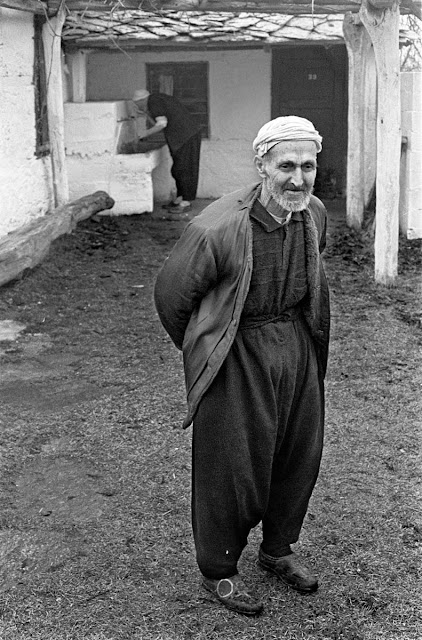 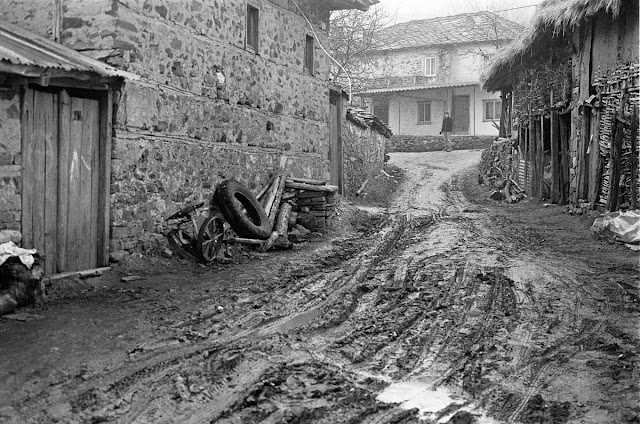 These photos are from the Greek/Muslim village Ano Birsini on the Greek-Bulgarian borders. The first photo is taken on the courtyard of the mosque.
No comments: Σύνδεσμοι σε αυτήν την ανάρτηση 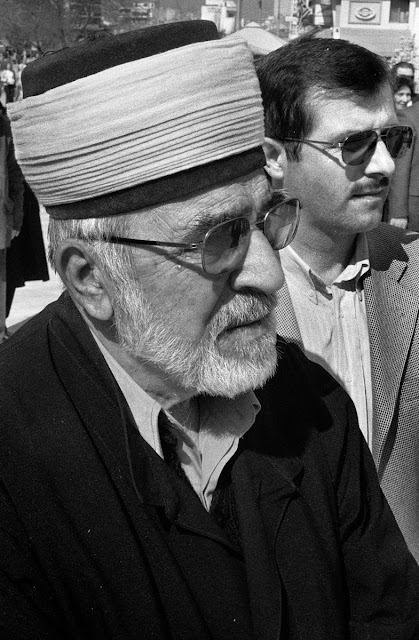 Meco Cemali is the religious Muslim leader (Mufti) of Komotini, Greece. This photo is from the center of Komotini during the celebration of the Greek national day on 25-March-2005.
No comments: Σύνδεσμοι σε αυτήν την ανάρτηση 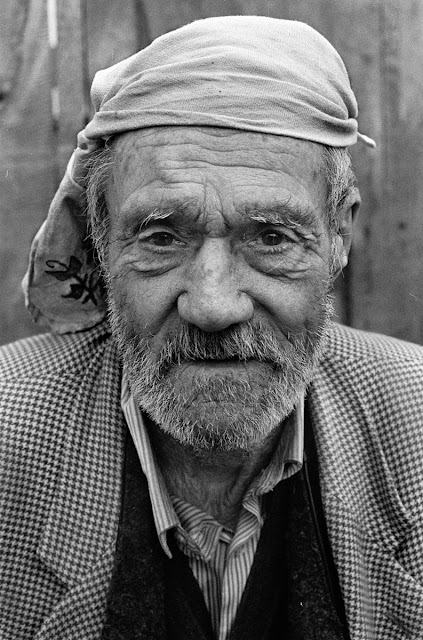 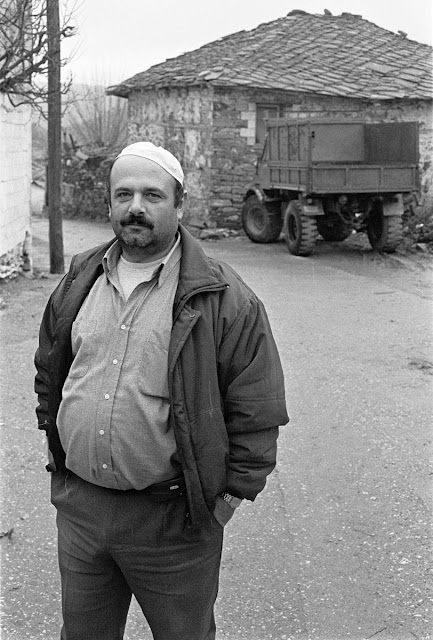 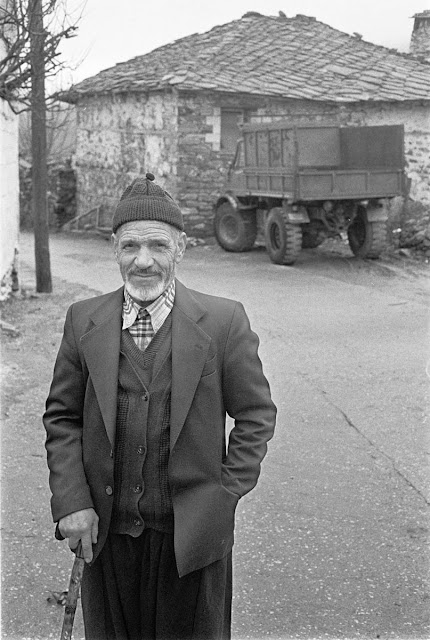 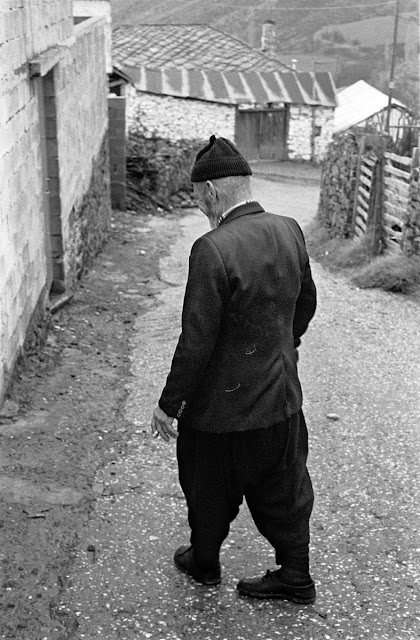 Following the previous post I am continuing publishing some portraits from Mirtiski village.
No comments: Σύνδεσμοι σε αυτήν την ανάρτηση

This work is licensed under a Creative Commons Attribution-Noncommercial-Share Alike 3.0 License.